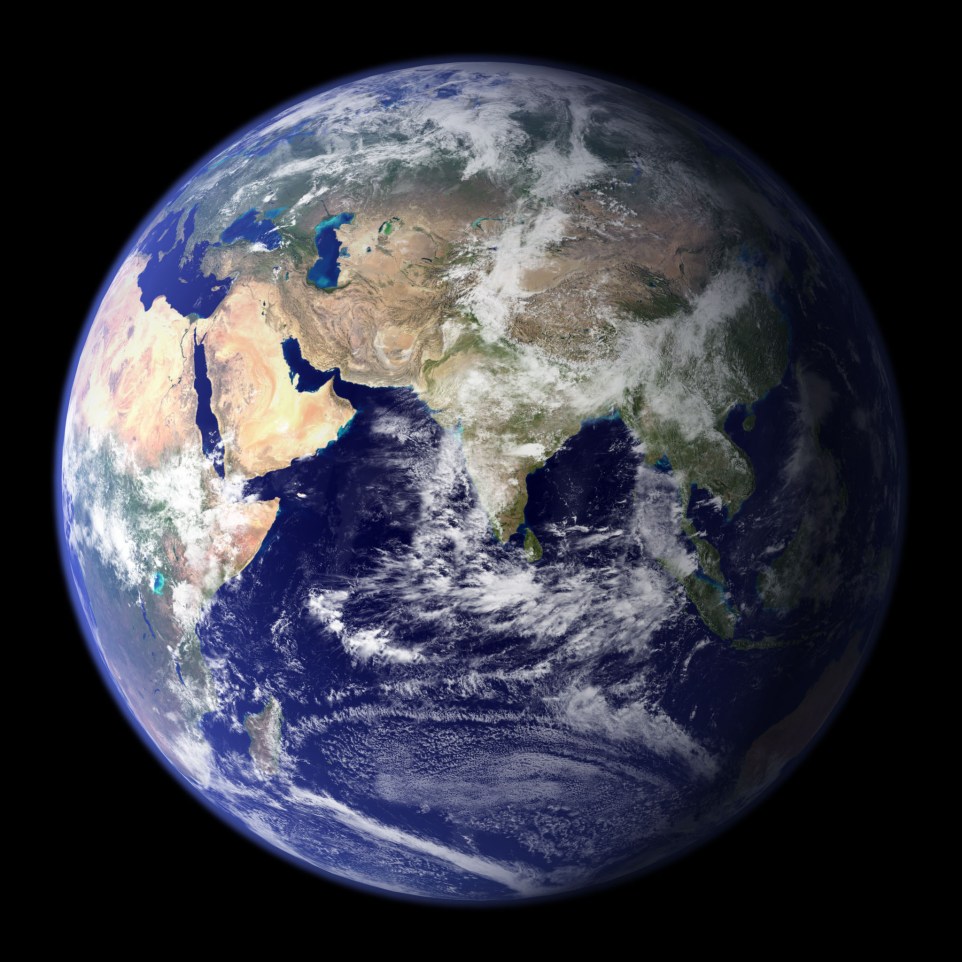 Humbly and without any agenda beyond that evident in their tone, in the paragraphs below I present my notes on the above mentioned article. The notes appear here virtually unedited, straight out of my annotated bibliography. I’d be interested in further discussion of LeVasseur’s programmatic call for the transformation of religious studies in the comments, if anyone cares to engage this subject further.

Todd LeVasseur is the convening editor who put together the “Roundtable on Climate Destabilization and the Study of Religion” — a virtual panel consisting of nine papers gathered in Vol 83 issue 2 of the JAAR. LeVasseur teaches both Religious Studies and Environmental studies at the College of Charleston (Charleston, SC). The above cited paper is the first paper in the roundtable.

The first few pages of the article offer a bleak survey of the state of modern climate science and the consensus on global climate change (300-307). For the purpose of moving on to examine his recommendations regarding the future of religious studies, let’s go ahead and stipulate that LeVasseur has presented the science fairly and accurately.

Turning to the situation of Religious Studies in the Anthropocene, LeVasseur writes that the discipline has emerged, as did Darwin, Sociology, etc., within a modern industrialized colonialist civilizational context, mainly as a result of the “slack afforded by cheap carbon” (308). Our work, at present, is also sustained by that “slack.” [Presumably, LeVasseur does not intend to allude to the concept of “slack” as deployed by the Church of the SubGenius.] Critically appraising this legacy, he suggests that “[w]e might want to pause and ask what happens to our field when the slack afforded by cheap carbon is removed” (308).

LeVasseur thinks we need to do more to account for “nature and the natural world” as “variables” (308) impacting “the construction of religions” and “religious production.” For the record, I do not know what Todd LeVasseur means by “religious production” (p. 308, and 309 n. 17). He faults leading theoretical accounts of religion and the critical categories of religious studies for assuming “that the natural world has no agency in our affairs” (308) and “that the natural world has no influence on religions” (309) — though he immediately lists three important titles, two existing journals, and several AAR working groups that would seem to belie his claim (309). Lamenting the general “neglect” of “religion-nature interactions” in the field, and of the very category “nature” as a theoretical tool, he suggests there are but few programs offering doctoral level work in of the kind he is imagining (mentioning, however, programs at University of Florida, University of Toronto, University of British Columbia, and Drew University). Having admitted the existence of these several programs, LeVasseur also observes morosely that job prospects are limited for scholars coming out of them (310). This is due, of course, to the lack of a focus on these areas of inquiry in religious studies. To LeVasseur, that is precisely the problem.

On pp. 310-311 LeVasseur appears to call for scholars of religion to take up a variety of projects that might emphasize either critical appraisals of religion as an enabler of the human destruction of nature, or might show the ways ways that religion fosters human stewardship of nature. This critical constructive project is to be hampered only by his caveats that make it sound like he understands how complex it might be to make such theoretical-ethical appraisals of our subject matter, since it is often very hard to predict future environmental consequences of present practice and ideology, or to trace the line of cause and effect from cultural configurations to the natural environment.

Furthermore, pointing not only to the literal loss of “research sites” due to environmental devastation and its political ramifications (311), he also brings up the potential collapse of the context of the University in general as a site for research and teaching (311-313). Both types of losses will take place through the same dynamic: climate change and its economic and political consequences. [In this section, an offhand and unsourced reference to the Peak Oil concept (see p. 312, and fn. 20) shows that LeVasseur may not always be committed to a historicizing and genealogical scholarly investigation of every idea that informs his understanding of global economics and environmental science.] The collapse of the university context (as presently constituted) will happen due to the changing economic and political climate that attends a changing environmental situation. LeVasseur appears to imagine his own College of Charleston being swallowed up by the sea, as he asks, plaintively, “How much deeper will the water be in another twenty years?” (312).

Ultimately LeVasseur suggests that this threat to our constructed slack-enabled context that comes from agent nature requires us to become “engaged voices” shaping University policies, championing “sustainability programs” and “environmental humanities courses” and embedding “courses on religion and nature” into our curricula, listing a variety of course topics that should be offered by religious studies departments (313). Presumably, such courses would facilitate combating climate change by educating publics? He does not elaborate on this evident assumption. He goes on, offering further suggestions for engaged activism by faculty, ranging from encouraging divestment to shaping food service policies (giving a nod to the AAR Task Force for Sustainability).

Finally, he shows that his intent is to impose an ethical duty on the field as a whole. Invoking and paraphrasing environmental philosopher Aldo Leopold, he writes that


“higher education—whether it is content taught, research undertaken, or the structure of our institutions and the daily operations of our campuses—is right when it tends to preserve the integrity, stability, and beauty of the biotic community. Given the tipping points and earth-system shifts underway, and the guiding auspices of the precautionary principle, then it is wrong when it tends otherwise.” (314)

Right and wrong. Such are the stark ethical choices that face the field.

In the conclusion of the article, which stridently calls on the field to take up these concerns, LeVasseur refers us to a study by David Loy, “Religion and the Market” [JAAR 65:2 (1995) 275–290] which argues that global capitalism is religious in nature, with “extreme social and environmental costs… that are anathema to the religion’s promised eschatology of endless consumption and economic growth… the sole criteria of happiness” (315).

The final paragraph renews the urgency of the call, invoking an apocalyptic counter-eschatology, the spectre of human extinction (315). And of course he urges the reader to go on to read the remaining eight papers in the roundtable.

I looked through the whole article and although the title includes quotation marks around the phrase “The Earth is sui generis” I could not locate a reference to this phrase in the article itself or in a citation to a source of the quote. Apparently, LeVasseur imagines someone else saying this, someone other than himself. Or perhaps he imagines that the quote marks represent some kind of public statement. Perhaps the title is presented ironically, and the quote marks signal his awareness of the irony? It might be intended as irony since the justification of the study of religion was, historically, offered on the basis of a (now discredited) claim that “religion” is a “thing” existing in the world sui generis. Literally the phrase “sui generis” means “of its own kind,” but in theoretical discussions of religion it is sometimes glossed as “existing of itself” or even as self-caused. In the latter sense the phrase is plainly meaningless when applied to the concept of “the Earth,” but in the literal sense, yes, the Earth is functionally, for us human beings, one of a kind. It’s our only accessible environment. Our biosphere. It remains unclear why LeVasseur does not return to or explain his title in the piece; he could at least have brought it in at the end to form an inclusio but I guess his meaning is intended to be self-evident and self-justifying. Like the recommendations he makes in the article.

Vridar on the Ascension of Isaiah

This is just a quick note, mostly to myself, but also to you, dear readers, about my latest discovery. It turns out there exists a whole series of blog-posts relating to the Ascension of Isaiah at the blog Vridar, authored by Neil Godfrey, Roger Parvus, and perhaps a few others.

I haven’t read them as of yet, but I will soon.

While a number of different writers publish on the Vridar blog, the main “publisher” is apparently Neil Godfrey. According to the site’s “about” page, Godfrey is an Australian library scientist with a special interest in the study of Christian origins. His postings on that topic are mixed in among a variety of other randomly organized writings on a spectrum of interests.

The header of the blog Vridar

A blogger after my own heart, to be sure!

Apparently Vridar gets associated—by its detractors? in spite of Godfrey’s protests to the contrary?—with the so-called “mythicist hypothesis” in Jesus-research, a school of thought called by some the Christ-myth-theory. This is the idea that “the Jesus of history” never existed. The view has a long pedigree, going back at least to Bruno Bauer in the mid-19th century.

I have no idea whether Vridar belongs to this scholarly camp or not, and no particular stake in the outcome of such disputes. I’m sure that Vridar has staked out some suitably nuanced position. A quick review of Godfrey’s bio and recent posts shows that he is a former Christian atheist who cares to examine and publicize so-called “secular” studies of Christian origins, and also that he is critical of theologians who do history. Naturally, this stance of his dooms his blog to being criticized by those who can’t get past the idea of secularists doing Biblical studies.

There is a relevant larger question about how we ought to theorize or describe the landscape of voices arguing over Christian Origins in the “blogosphere.” Insofar as it concerns the practices of “interpreters of the New Testament,” and “researchers on Christian origins,” such a question properly belongs to “religious studies.” If we ask what’s at stake among those squabbling about where Vridar should be positioned, relative to some “field,” we must begin a complex inquiry into the networks of actors and practitioners manufacturing their identities and affinities (as scholars, laypeople, experts, believers, non-believers, insiders, outsiders, members of schools and nations, etc.)—a tangled and diffuse web of contested discourses to be sure!

For the moment let’s not get caught up in all that. Right now I am just trying to get on with my (admittedly incohate) research on the Ascension of Isaiah. (“Full” disclosure: I not really ready to reveal, as of yet, why I care about this particular ancient book. But I will say something more on that soon.)

I will be interested to see what Godfrey and company make of the Ascension—by which I mean, to see what they do with it—and you can count on a follow-up here looking at their work.