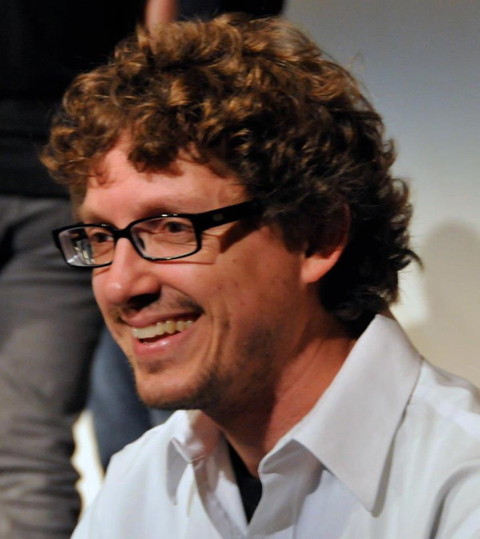 Richard Carrier, On the Historicity of Jesus: Why We Might Have Reason for Doubt (Sheffield: Sheffield Phoenix Press, 2014).[worldcat]

In chapter two of Richard Carrier’s monumental volume On the Historicity of Jesus, the independent scholar and advocate of “Jesus mythicism” explains why he permits only three claims to characterize the position he calls a “minimal theory of historicity” (see pages 31-34). Much of his book aims to put this minimal theory of historicity to the test. The three claims Carrier proposes as characterizing “minimal historicism” with respect to Jesus are (i) that Jesus was “an actual man” with “followers in life who continued as an identifiable movement after his death” and (ii) he “was claimed by his followers to have been executed by the Jewish or Roman authorities,” and (iii) his “followers soon began worshipping [him] as a … god” (all page 34).

Carrier’s limitation of the “minimal theory” to these three allegedly most essential facts of the so-called “historicist” position may seem, at first, to be sufficient. Perhaps they would be sufficient, if all his book set out to do (as its title implies) were to test the question of Jesus’ bare existence.

However, in forming this trio of claims to be tested, Carrier also makes a point to reject the standard minimalist lists of facts about the Jesus of history that are typically found among Biblical scholars. I feel no need to rehash such lists here (see Carrier, pp. 32-33 and nn. 18-19 for the lists he specifically rejects) since they are a commonplace, a well-known outcome of the approach to historical Jesus studies that has characterized scholarship after E. P. Sander’s 1985 study Jesus and Judaism.

Now, ostensibly, there are two reasons why these longer lists of minimal facts about Jesus are not sufficiently minimalist for Carrier’s purposes. First, he notes, they present a number of claims that, were some of them falsified, an “historicist” account of Jesus (i.e. the claim that Jesus of Nazareth was a “real” person in the past) would not necessarily be eliminated. But secondly, he states quite clearly, the elements found in such lists have already been falsified.

Note well: what I am saying is that Carrier’s particular account of so-called “minimal historicism” is more than just a logical starting point. It is an overdetermined bit of theater. It has been shaped by a prior analysis of the data that is normally used in the creation of any minimal account of who Jesus was in history. These Sanders-style lists of minimal facts about Jesus are necessarily dependent on early Christian accounts of Jesus (specifically, the Gospels). Well in advance of the publication of On the Historicity of Jesus, Carrier has already reviewed all of these alleged facts about Jesus, and he has already rejected them as insufficiently grounded in “history” (see his 2012 book Proving History).

This game is more than somewhat suspect: it is rigged from the start. The question of Jesus’ historicity has already been decided. By design, Carrier’s statement of the minimal form of the theory of Jesus’ historicity dooms it to failure, since it has been formulated in light of a prior assumption that is deadly to its premises: the only available sources available for investigation of the life of Jesus are so absolutely unreliable that no statements about Jesus based solely on them can be admitted at all. His conclusions also entail a prior rejection of widely shared assumptions about the best scholarly methods for reading these sources, i.e., how to extract reliable historical data from the conflicting narratives of the Gospels. Essentially, on Carrier’s account, every prior historian who has decided to rely on Christian sources for knowing about Jesus has been a dupe, a stooge or tool who has mistaken fiction for fact.

For these reasons, calling his three claim account a minimalist statement of historicist theory is actually a form of begging the question. He has already rejected the historicist position precisely by insisting that it be formulated in this way and under these limitations. He has already revealed that he does not regard as reliable any aspect of any testimony about the past found in early Christian sources — unless, that is, such testimonies can be read in a way that supports his alternate theory of Christian origins.

For these reasons, the title of Carrier’s book is really misleading. This work doesn’t merely seek to answer the question “did a human Jesus exist in the past, yes or no?” This is not actually a book on the bare question of the historicity of Jesus, or on reasons for doubting claims that he existed as a person in history. It is, instead, a treatise on “Christian Origins.” The real question being asked by Carrier is not about the “historicity” of Jesus per se, but rather about the historical origins of the Christian movement.

The purpose of setting up a “minimal historicist theory” is to contrast it with its alleged partner and converse, a “minimal mythicist theory.” Carrier hopes that we will accept this either/or alternative. If one proves less probable, then the other becomes more probable.

The statement of alternatives being proposed in Carrier’s book is as follows.

(B) more probable that early Christianity originated in a movement of people who believed in and worshiped a mythical celestial being named Jesus—a divine being who was believed to have descended, suffered, ‘died,’ and been raised again entirely within a supernatural, heavenly realm— which mythical being Jesus was later portrayed by the movement as a real human being who lived on earth; while of course he must also subsequently have continued to be worshiped as a divine being, though now through a newly applied layer of mythicized historicized myth.

The fact is that through the past several centuries of historical inquiry, from H. S. Reimarus down to E. P. Sanders, position (A) has usually been seen as the most probable. Now, it is true that for a long time, a small minority of scholars have argued that we lack sufficient evidence to know if the man Jesus really existed in the past. However, such scholars have not maintained the position (B) found in Carrier’s proposed alternative. These scholars have instead limited themselves to a more truly minimalist mythicist claim: that the early Christians invented the story of the man Jesus; the stories of the gospels are thus themselves the myths. The first main representative of this school of mythicism includes most infamously Bruno Bauer (whose works on Jesus span 1840–1877).

In point of fact position (B), as Carrier articulates it, was never proposed as such until it found expression in the 1999 book of Earl Doherty, The Jesus Puzzle.

Carrier’s book is thus somewhat misleadingly presented. It is not a treatise on the historicity of Jesus so much as it is an attempt to defend Doherty’s thesis. But it doesn’t seek to defend that thesis merely on the merits. Instead, Carrier attempts to defend it by packaging it as if it were, tout simple, the logical alternative to minimal historicism (construed in a way that it must necessarily fail).

If this book were a mere treatise on the question of historicity, it would begin by examining carefully the arguments against historicity that have really been advanced (in the history of scholarship). It would also examine and demonstrate the inadequacy of objections to those arguments. It might advance new arguments against historicity and anticipate and answer in advance possible objections to those arguments. And it could accomplish its stated objective while leaving aside the question of an alternate explanation of Christian origins entirely. But if it wanted to be more satisfying, alternately, it could advance another theory — Doherty’s view or some other view of Christian origins — treating such a theory as a separate question. But this is certainly not what the book does.

Instead, Carrier wants the reader to believe that the defeat of minimal historicism entails the success of what he tendentiously describes as “the Minimal Jesus Myth Theory” (see his pages 52–53, where he lists five allegedly “minimal” aspects of the “mythicist” position). But defeating minimal historicism does not entail any part of his minimal mythicism. The entire book is predicated on a form of begging the question.

So, should we just ignore this rather tedious, overly self-referential, pseudo-logical, pseudo-mathematical book? Should we criticize it in detail? Should we complain about the dismissive and cavalier attitude which Carrier takes up towards over two centuries of prior historical scholarship on Christian origins? Should we take up a separate examination of Doherty’s Christ-Myth theory, putting it to the test in detail? Or should we all quit our jobs and spend our twilight years getting drunk, because we see clearly now that the present age has brought about such a morass of footnoted mythologizing by “scholars”? The jury is still out, however, I do suspect there are yet other alternatives that I haven’t considered.